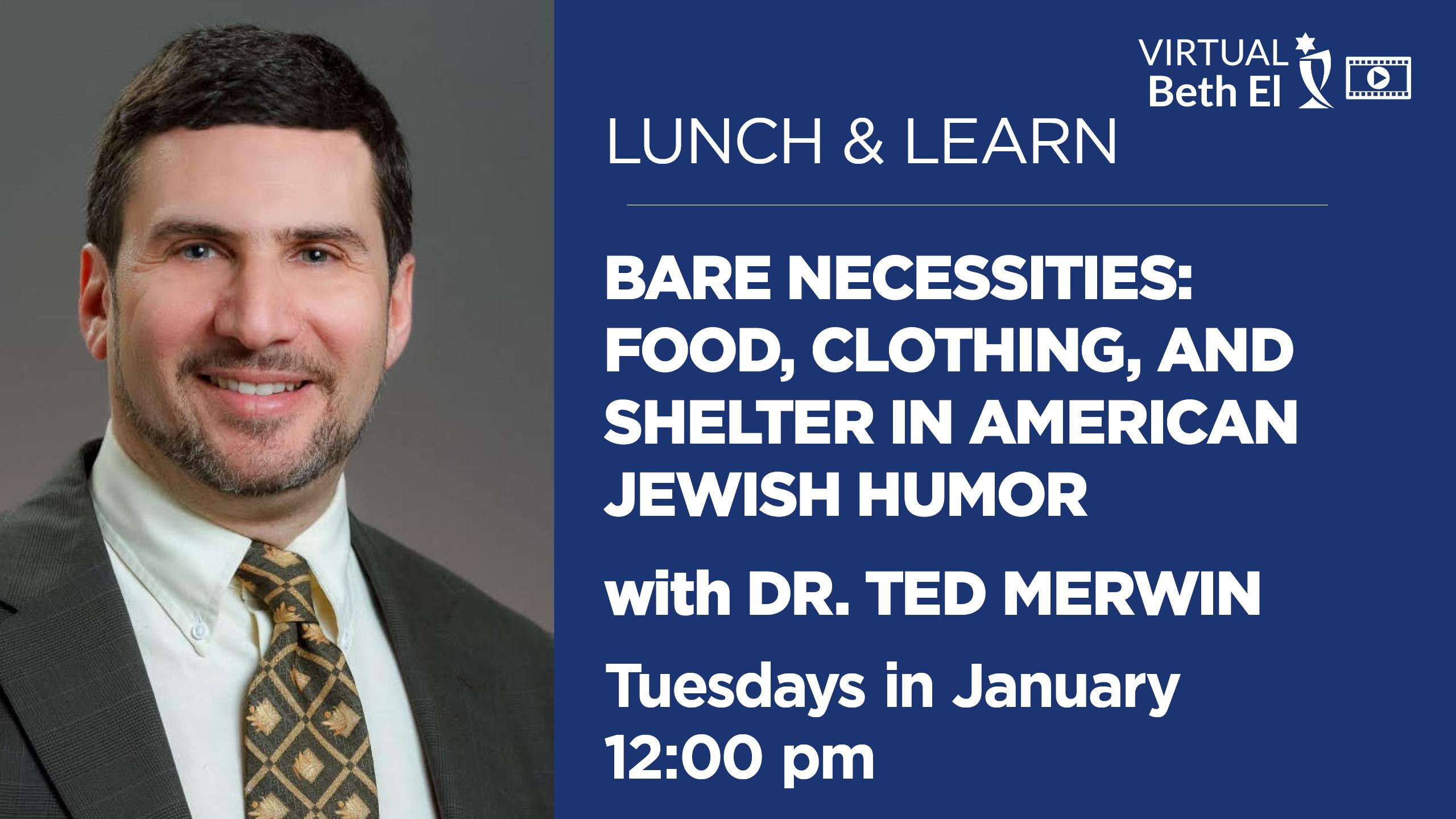 In this three-session series, Dr. Ted Merwin will discuss how the basic needs of human existence became central themes of Jewish comedy. Having struggled mightily throughout their history, Jews arrived in America with both a boundless faith in the benefits of freedom and an underlying set of insecurities about what it meant to make it in capitalist society. As they became more affluent as a group but still strove to retain their religious and ethnic distinctiveness, these tensions enabled Jews to rise to the top as pre-eminent creators of popular culture.

Ted Merwin, Ph.D. is a Senior Writer for the Jewish Federations of North America (JFNA). Before coming to JFNA, he worked as AIPAC’s Synagogue Initiative Director for the Mid-Atlantic Region. For many years, Ted taught Judaic studies at Dickinson College (Carlisle, Pa), where he was the founding director of the Milton B. Asbell Center for Jewish Life.