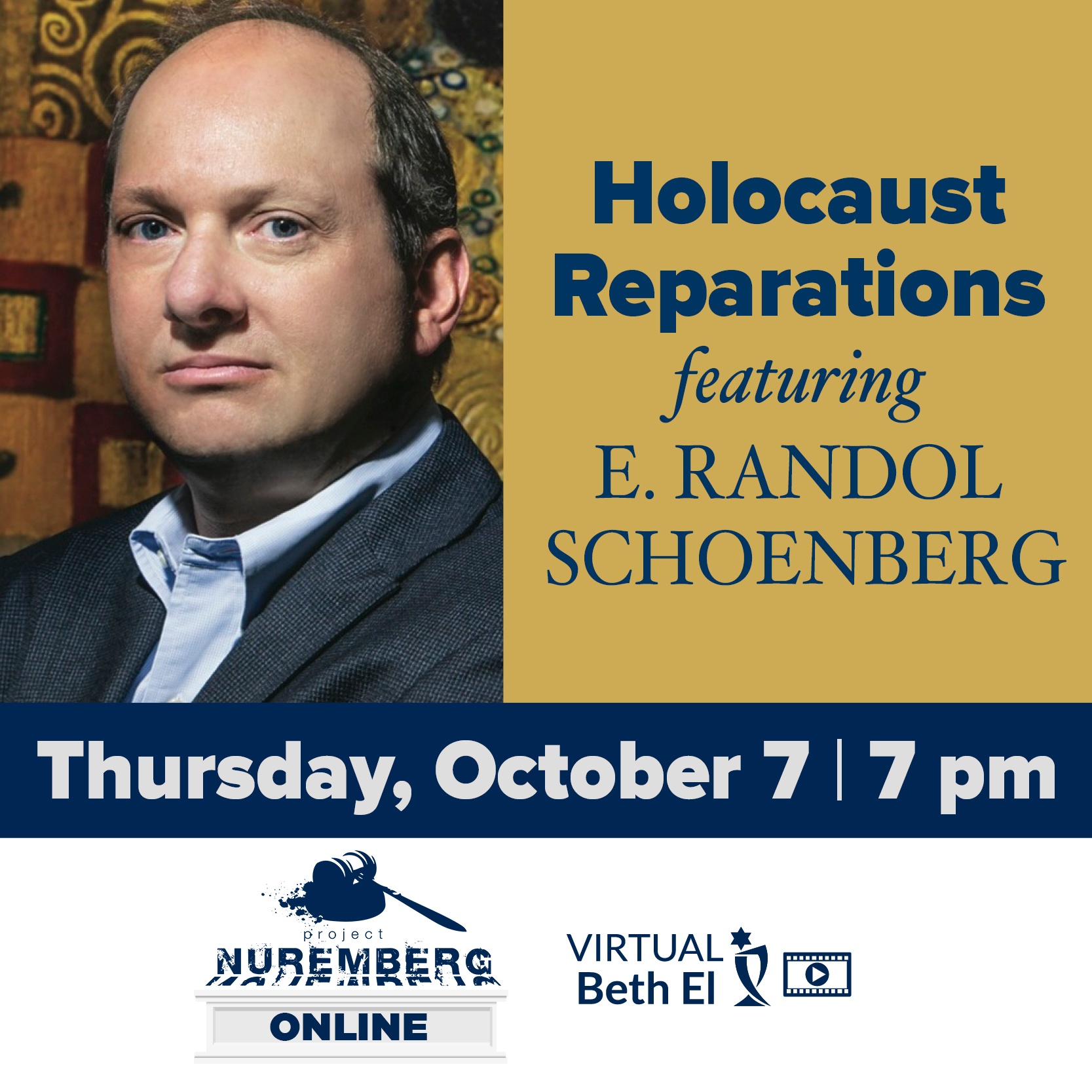 Join Project Nuremberg Online for an informative and engaging program featuring E. Randol Schoenberg, who represented Maria Altmann for the return of her family’s Klimt painting, and was portrayed in the movie “Woman of Gold.” E. Randol Schoenberg will be in conversation with Rabbi Jessica Spitalnic Mates.

E. Randol Schoenberg, an attorney and law professor in California, is world famous for his case for a family friend, Maria Altmann, who was trying to recover five prized paintings by Gustav Klimt that Nazi authorities in Austria had stolen in 1938 from Altmann’s family.

In the movie about this case, “Woman in Gold”, Schoenberg is played by Ryan Reynolds.  E. Randol Schoenberg is co-founding partner of Burris, Schoenberg & Walden, LLP, where he handled a number of complex business litigation matters, specializing in cases involving looted art and the recovery of property stolen by the Nazi authorities during the Holocaust.