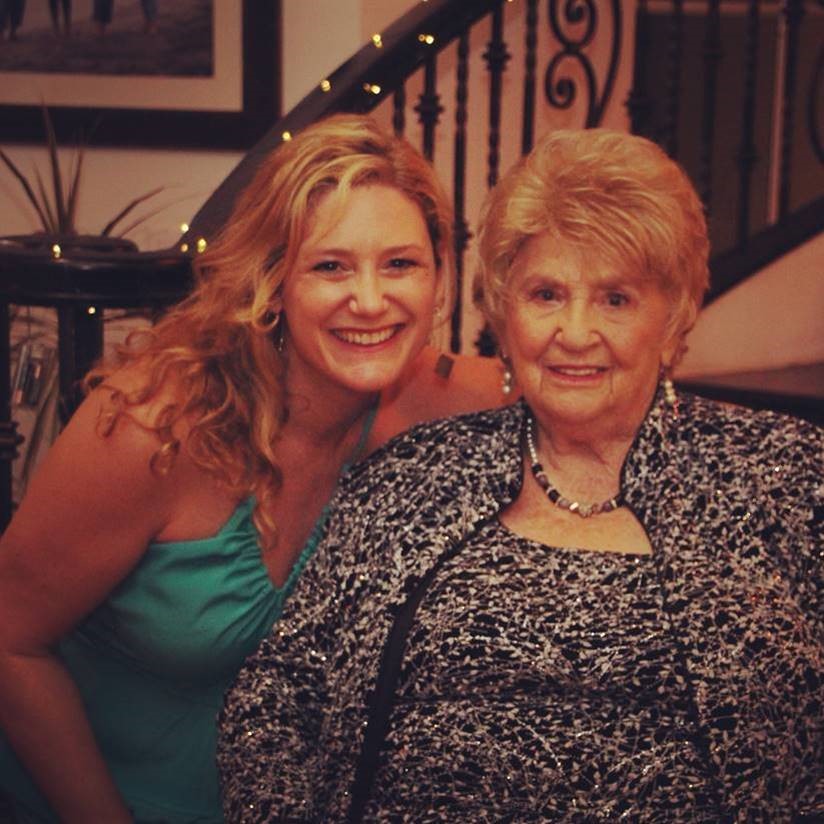 This weekend, we commemorate the Anniversary of Kristallnacht, also known as, “The Night of Broken Glass”.

On November 9th, 1938, Nazis in Germany torched synagogues, vandalized Jewish homes, schools and businesses, and murdered nearly 100 Jewish souls. Soon after, approximately 30,000 Jewish men were arrested and sent to Nazi concentration camps. What followed in the years to come was an unimaginable evil that will forever be known as one of the darkest moments in human history.

On this Anniversary of Kristallnacht, Temple Beth El will be re-broadcasting an interview that Rabbi Jessica Mates and I had the privilege of doing with Cantor Shira Ginsburg.

Shira shared the story of her grandmother, Judith Ginsburg z”l, who had escaped concentration camps and hid in the forest along with many others who were Partisans; a group of people who managed in unimaginable times to fight for their lives. Shira, with the help of Cantor Jonathan Comisar, wrote a musical, “Bubby’s Kitchen” which not only details Judith’s heroic story, but also Shira’s story, and how she chose to honor her family’s legacy.

When reflecting on the events of Kristallnacht and the Holocaust, it is easy to see only darkness. There is, however, another theme to this time in history, and that theme is one of resilience, determination and persistence.

In the worst of times, people like Judith Ginsburg, had the desire and will to keep living, and to fight for life itself. She lived through hell in a forest, to eventually find her

soulmate, survive a war, and start over in America with nothing but the will to live, and to bring new life into a broken world. Judith passed away this past month, having had four children, ten grandchildren, and so far, fifteen great-grandchildren.

It is no coincidence that the Torah portion for this weekend is Toldot, meaning “generations” or “descendants”.

One of the first things we read is that Isaac and Rebecca try for TWENTY YEARS to conceive, before they are successful and become pregnant with twins. The portion continues to tell us the story of those twins, Jacob and Esau, and the conflicts that ensue over the idea of legacy and its significance.

Even in biblical times, the idea of legacy permeated throughout Jewish history. It is a remarkable trait, instinct perhaps, of the Jewish people to want to procreate and build a legacy to pass on from generation to generation. We see it as far back as Abraham and Sarah, and in stories like that of Judith Ginsburg. It is passed from generation to generation, it is the glue that holds the Jewish people together. It is our eternal flame.

Meaning: From generation to generation, we will declare Your greatness, and for all eternity proclaim Your holiness.

Otherwise translated, by Jackie Shimshoni, a staff member at the Holocaust Center of Pittsburg,

“L’dor Vador is the responsibility of passing on spiritual knowledge and cultural traditions from generation to generation for the purpose of sustaining the customs, heritage, and collective memory of the Jewish people.”

From the very inception of the Jewish people, we have persisted and found the light through the darkness. As we enter into a darker time of the year, may we all stay connected to the eternal flame inside each of us and may we do our best to share that light of resilience and love to all those that surround us, L’dor Vador, Shabbat Shalom.

The rebroadcast of “Through her Granddaughter’s Eyes: A Holocaust Survivor’s Tale and Musical Journey” – An interview with Cantor Shira Ginsburg will be played on our website’s Livestream, Facebook Live or YouTube on November 9, 2021 at 6:30 pm.