Boca Raton, FL (July 28, 2021) As the premier educational event in five months of compelling Project Nuremberg virtual programming,  Temple Beth El of Boca Raton in partnership with American Friends of the Hebrew University (AFHU) welcomes featured speaker, University of London Law School Professor Philippe Sands for “Keeping Alive the Lessons of the Nuremberg Trials.”  Professor Sands is a renowned expert in the field of Holocaust study and the Nuremberg Trials, and a best-selling author.  He will appear via Zoom on Sunday, October 3, 2021 at 11:30 am EST. Joining in the conversation will be Hebrew University Dean of Law, Daphna Lewinsohn-Zamir, Dr. Renana Keydar, Hebrew University Professor Yuval Shany and Temple Beth El Rabbi Jessica Spitalnic Mates. Registration is required for this program. Previously, Project Nuremberg programs have mainly been attended by attorneys; now it also welcomes history buffs and anyone concerned about humanity… from around the country and around the world.

“As time goes by it becomes harder and harder to find eyewitnesses to the trial and people that survived the Holocaust,” says Rabbi Mates. “Our previous in-person speaker for Project Nuremberg was Ben Ferencz who was the last living prosecutor for the Nuremberg Trials. On this special anniversary of the trials, Philippe Sands is probably one of the best experts in the world to bring us forward into the future – to figure out how we take the legacy of Nuremberg…when there may be no one remaining who was at the trial…and keep its messages alive.”

Professor Sands says, “I am absolutely delighted to be working with Temple Beth El, the AFHU and friends at Hebrew University in marking the 75th anniversary of the moment of singular importance represented by the judgment of the famous Nuremberg trial.”

In his book, East West Street: On the Origins of “Genocide” and “Crimes Against Humanity, he talks about the intersection of his own family’s history and Holocaust survival.

“When we think about international criminal justice and the rule of law, all roads lead to Nuremberg. The origins of genocide and crimes against humanity …as I have addressed in East West Street and The Ratline …continue to resonate today; as we face continued changes of xenophobia, nationalism, racism and anti-Semitism. Thinking about Nuremberg and the terrible events that trial traversed, allows us to reflect on what we might learn as we go forward. This becomes even more important as the remarkable voices of the generation that directly experienced the horrors of the Holocaust slowly disappears, he says.”

October 2021 marks 75 years since the end of the Nuremberg Trials of the Nazis after WWII.  Professor Sands will spearhead the stimulating discussion tying in lessons from history that are relevant today. During the 60-minute program, topics will include: how the Holocaust and the Nuremberg Trials laid the foundation for our modern concepts of genocide, war crimes, human rights, and international justice; 21st century challenges facing a world in conflict; and how legal practice and scholarship continue to effect profound change.

The Nuremberg trials exposed the atrocities committed during the Holocaust for all of the world to hear. Although the Soviet armies had liberated the concentration camps, the magnitude of the enslavement and mass murder of millions of Jews by the Nazis was largely unknown.

Recently on CNN, Sands was interviewed by host of Global Public Square (GPS), Fareed Zakaria and the topic arose regarding how words matter, and how the word “genocide” has been used often; including in reference to the Armenian massacre during WWI in 1915. Sands explained, “Before 1945 there was no such thing as genocide or crimes against humanity. The two concepts were invented at the same moment. They were spoken for the first time on the 20th of November, 1945, in the Nuremburg courtroom.”

“American Friends of the Hebrew University (AFHU) is excited for this first-ever programmatic partnership with Temple Beth El and Lynn University, says Leslie Viselman, Associate Executive Director for AFHU’s Southeast Region.  “This program will highlight significant scholarship on the Holocaust 75 years after the ground-breaking Nuremberg Trials of Nazi war criminals. I’m happy that we can bring together our supporters from Israel, the United States and around the world, Temple Beth El’s Rabbi Jessica Spitalnic Mates, congregants, and professors from the Hebrew University for this talk with lawyer and legal historian Philippe Sands.”

Rabbi Mates continues, “Philippe Sands is the voice – he serves as a bridge…a synthesizer…a pathway to taking the lessons of Nuremberg and figuring how to take it into the next world. If we just let them lie fallow and don’t do anything about it, history will be doomed to repeat itself.”

All are welcome to view this program of Project Nuremberg Online 2021. Fee: $36 per person/Registration required.  Participants will receive a copy of Professor Sands’ latest groundbreaking book, The Ratline: The Exalted Life and Mysterious Death of a Nazi Fugitive shipped to them. CLE credits pending approval. For more information, call 561-391-8900.

“Project Nuremberg” was created in 2010 by the temple’s Rabbi Jessica Spitalnic Mates in partnership with Lynn University and the South Palm Beach County Bar Association, when she rescued from the university’s first-edition set of the “Blue Series,” the 42-volume record of the official proceedings of the Nuremberg Trials, published in 1947. They continue to be an inspiration for this program which is a reminder of the power of law in confronting evil and bringing justice to a post-Holocaust world. Over the years Project Nuremberg has brought high-profile speakers to our community to show that law is what brought order to a post-Holocaust, post-WWII world. Each year, hundreds of attorneys gather at Temple Beth El for our annual Lawyers Luncheons*, which showcase these speakers and allow them to share their unique experiences with the law. Past speakers have included Ben Ferencz, Avner Avraham, Senator Christopher Dodd, Alan Dershowitz, Florida Supreme Court Justice Robert Luck, Eli M. Rosenbaum, and many more distinguished guests.

*Project Nuremberg is generously sponsored by Jay and Marilyn Weinberg

American Friends of the Hebrew University

AFHU is a national, not-for-profit 501 (c) (3) charitable organization. We exist to connect the passions of Americans to the talent at the Hebrew University of Jerusalem, one of the world’s most distinguished academic and research institutions. Founded in 1925, AFHU raises funds for the university, to aid the university in recruiting and retaining outstanding faculty, building teaching and research facilities, and providing scholarships and fellowships.

University College London Law Professor Philippe Sands is the author of The Ratline: The Exalted Life and Mysterious Death of a Nazi Fugitive (2020) as well as  East West Street: On the Origins of “Genocide” and “Crimes Against Humanity”(2016), Lawless World (2005), Torture Team (2008) and several academic books on international law, and has contributed to the New York Review of Books, Vanity Fair, the Financial Times and The Guardian East West Street: On the Origins of Crimes Against Humanity and Genocide 2016) he won the 2016 Baillie Gifford (formerly Samuel Johnson) Prize, the 2017 British Book Awards Non-Fiction Book of the Year, and the 2018 Prix Montaigne. The sequel, which is also the subject of a BBC podcast the UCL Faculty in January 2002.As a practicing barrister he has extensive experience litigating cases before the International Court of Justice, the International Tribunal for the Law of the Sea, the International Center for the Settlement of Investment Disputes, and the European Court of Justice. He frequently advises governments, international organizations, NGOs and the private sector on aspects of international law. In 2003 he was appointed a Queen’s Counsel. He has been appointed to lists of arbitrators maintained by ICSID and the PCA. He is Professor of Law and Director of the Centre on International Courts and Tribunals in the Faculty, and a key member of staff in the Centre for Law and the Environment. His teaching areas include public international law, the settlement of international disputes (including arbitration), and environmental and natural resources law. He is a regular commentator on the BBC and CNN; writes frequently for leading newspapers and is frequently invited to lecture around the world, He was co-founder of FIELD (Foundation for International Environmental Law and Development), and established the program on Climate Change and Sustainable Development. He is a member of the Advisory Boards of the European Journal of International Law and Review of European Community and International Environmental Law (Blackwell Press). In 2007 he served as a judge for the Guardian First Book Prize award.

Professor Daphna Lewinsohn-Zamir is the Dean of the Hebrew University Faculty of Law, the Louis Marshall Professor of Environmental Law, and a world-renowned expert on property law, land use and planning, behavioral law, normative ethics, and law and economics. Professor Lewinsohn-Zamir’s extensive corpus of publications includes her recent book, The Psychology of Property Law, about the relationship between property law and human judgement, decision-making, and behavior. She holds degrees from the Hebrew University and has received a Fulbright, the Rothschild Fellowship, and the Hebrew University President’s Prize for the Excellent Young Scholar, and the Zeltner Prize.

Dr. Renana Keydar is an assistant professor in Law and Digital Humanities at the Hebrew University of Jerusalem. She holds a degree in law and political science from Tel Aviv University and a PhD in comparative literature from Stanford University. Keydar’s research investigates legal responses to mass atrocity and the narratives that shape legal institutions, using advanced computational methods.  Her work has been published in leading journals such as the Law and Society Review, Law and Social Inquiry, Jewish Studies Quarterly, and Journal of International Criminal Justice. Prior to her graduate studies, Keydar served as an advocate in Israel State Attorney’s Office – High Court of Justice Department. Bellissima: A Musical Evening of Romance, Drama and Intrigue 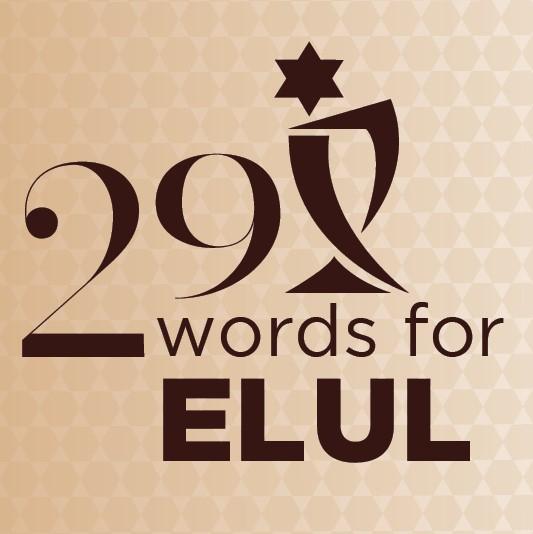 Over the last 29 days, during the Hebrew month of Elul, hopefully one text, social media post, Shabbat message, or song helped you gain greater insight into the Days of […]