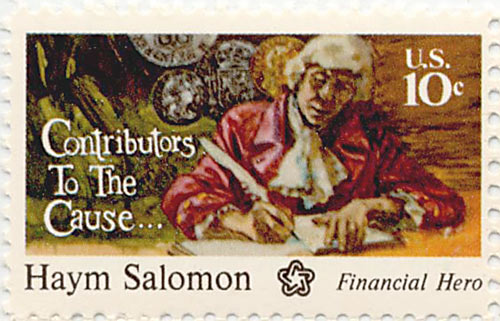 This weekend our nation celebrates its 245th birthday. The Fourth of July brings with it annual certainties. Barbeques with hot dogs and hamburgers. Pool parties. Fireworks (as we pray that Hurricane Elsa remain as far away from land as possible). For Jews, the Fourth of July, or any moment of reflection on Americana or American history, also brings an opportunity for that time honored tradition of celebrating the unique and outsized contributions that Jews have made to the American landscape.

We applaud Emma Lazarus and her words emblazoned on the Statue of Liberty, as so many of us have immigrants in our family histories who entered this country through Ellis Island. When we hear the words of “God Bless America,” we remind ourselves and anyone who will listen that Yisrael Beilin, known better as Irving Berlin, penned the words and melody while serving in the US Army during World War I. We have celebrating the ever increasing number of Jews who serve in elected office, from Washington to state capitals to local governments. Why? Because these accomplishments remind us that in this nation we are part of the fabric, that we have “made it” and are fully American alongside everyone else.

In that spirit this Shabbat I share the story of a lesser-known Jewish hero in American history, Haym Salomon. Born in Poland in 1740 a descendant of Spanish and Portuguese Jews, Haym became a financier and a broker. He left Poland and arrived in New York City in 1775. He joined revolutionary Sons of Liberty, was arrested as a spy, escaped, and helped to secure the release of other prisoners of war. Arrested again, he was sentenced to death but escaped again and made his way to Philadelphia, the heart of the Revolution. Working with the French forces that were supporting the colonists and eventually Robert Morris, Salomon provided over $650,000 to General George Washington’s army, an amount that is nearly $10 billion in today’s dollars.

Saloman’s assistance in financing the Continental Army was reflective of a lesson from this week’s Torah portion, Pinchas. In the parsha Moses was once again instructed to conduct a census, evaluating the Israelites’ readiness for battle as they prepared to enter the Land of Israel. Moses was preparing to secure a large geographic area, and needed to know where the resources could be deployed. The same challenges sat at the feet of Saloman and the Continental Congress. They were standing on the precipice of a new nation, just like Moses and the Israelites, and had to take decisive actions to bring them to fruition. What they weren’t sure they had was the military strength and the financial wherewithal to make it happen. Thanks to Salomon, they did.

Sadly, Salomon’s fate was not nearly as felicitous as the nation of his heritage or the nation he helped to found. The new United States was unable to repay much of the debt it incurred during the war, including what was owed to Salomon, and he died penniless in 1785. But despite his new country’s financial shortcomings, he continued to engage and advocate for its success. Just before he died he was embroiled in a fight in Pennsylvania for religious minorities right to hold office, and as a proud Jew he  defending himself- and the rest of us- against Antisemitic slander.

Haym Salomon was a hero and a patriot, but he was also a mensch. If we think of his contribution to our nation as an act of tzedakah, we can only think of it as an expression in the of the highest of Maimonides’ levels- assisting others in learning how to support themselves. His contributions, his sacrifice, and his determination were key elements to our nation’s founding, and without them we might not be here today.

So as we mark our nation’s founding, let us remember his priceless contribution to our collective fate. May we be inspired by his generosity and his sense of duty, by his courage and by his resolve. May we be strengthened by his legacy, and may we continue to celebrate in his success.