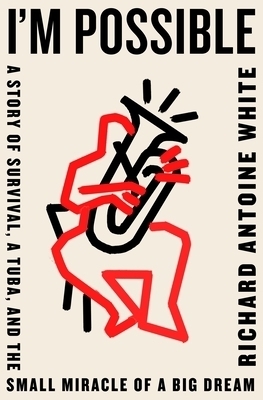 In this week’s Torah Portion, Terumah, the people of Israel are instructed how to make mishkan – a portable temple. The Jewish people are called upon to contribute thirteen materials and God says:“They shall make a Sanctuary for Me, and I will dwell in them.”

This sanctuary is to be a sacred space in which people would go to connect to the Holy One. At this point in our story, the dynamic of the relationship between God and the people of Israel has been that of the people needing assistance, and God providing. For example, God freed them from slavery, took them out from Egypt, led them through the desert, and created a path for them through the sea. When they were hungry, they were fed. When they were thirsty, God gave them water. As a people, their needs were being met.

Building a mishkan is perhaps one of the first times God asks the people to give in order to receive – and their gift would be that of a sacred space. In the words of Rabbi Jonathan Sacks z’’l:

“A remarkable proposition is being framed here, it is not what God does for us that transforms us, it is what we do for God”.

This portion teaches that it is in the act of giving, that humanity is transformed, and finds their sense of inner holiness within.

According to the Jewish sage, Maimonides:

“Even a poor person who is dependent on tzedakah (charity) is obligated to give tzedakah to another person”.

Why? Because giving to others creates not only love of self, but also a sense of pride, purpose and dignity.

Next week, I am privileged to share one of my dearest friends, Richard Antoine White with our temple community. A son of a homeless, alcoholic teenager mother, Richard grew up poor on the streets of Baltimore. Through strength of character, determination and the help of a village, Richard now finds himself a best-selling author, an international motivational speaker, a professor, a philanthropist and the first Black man to receive a doctorate in Tuba playing.

Growing up homeless certainly does not instill one with a sense of pride and purpose, but through his life’s work of giving hope to the next generation, he now lives a life rooted in pride and purpose, and it is his giving that made this possible.

In his recent best-selling memoir, “I’m Possible”, Richard shares his life story with the world. What is even more remarkable, “I’m Possible” is an ode to the village of people that gave of their time and care to help Richard survive, believe in himself and climb the ladder of success one rung at a time.

It’s not often you find yourself in the presence of someone who dedicates himself so fully and authentically to the mitzvah of giving.  I encourage you to hear him speak in person on Thursday night, February 10th at 7:30 pm at the Schaefer Family campus. His truth will undoubtedly inspire you and by attending, your presence is a gift to him as well.

In this mutual act of giving to one another, we each become a living, breathing vehicle of sacred space – a mishkan – to the village that surrounds us, where others feel safe, loved and close to the divine that lives in each of us.