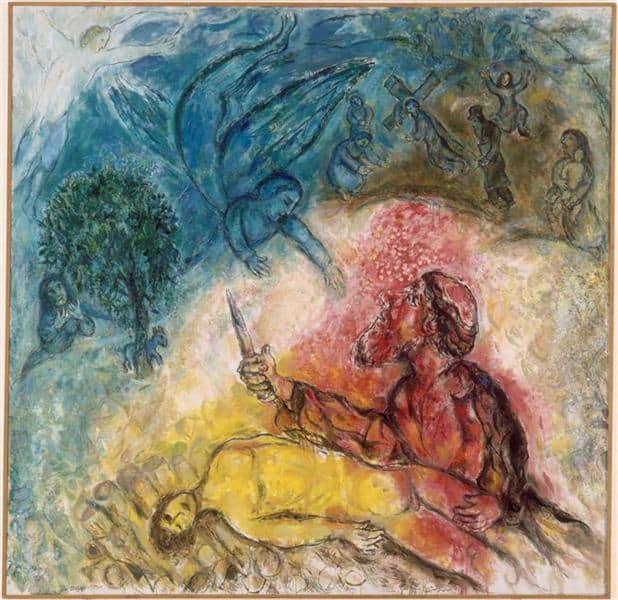 When I was in elementary school a new word entered into my lexicon- upstander. My memory is that it was a newer word to the American lexicon as well, but I may be mistaken. An upstander is someone who, in the face of bullying, violence, or oppression, would stand up to the perpetrator and intervene on behalf of a potential victim. It is a play on the word bystander, one who would stand by and watch the events unfold, and perhaps in fear, or in indecision or inability, or even in indifference, do nothing. As elementary school students, we of course were taught not to be bystanders but to be upstanders… to have courage and resolve if we saw someone in trouble and needed our help.

Sometimes, we can. Other times, no one is there to help. Such was the case for Isaac in this week’s Torah portion, Vayera, or so we thought.

In Parashat Vayera we read the harrowing passage of the Akedah, the binding of Isaac, for the second time this year. We read it on the morning of Rosh HaShanah, when it prompted us to consider how our decisions affect other people and to revisit our faith in the Holy One. This week we read the story not in the trappings of sin and repentance, teshuva and awe, but in our day to day lives and the challenges they present. On Rosh HaShanah we think of Abraham and Isaac, but this week I would like to ask us to consider a different character, the ram.

The great Hebrew poet Yehuda Amichai wrote “HaGibor Ha’Amiti/The Real Hero,” in which he held up the ram as the true hero of the story.

“He was volunteered to die instead of Isaac”… “they made those horns into shofars when he was slaughtered/to sound their battle cries/or to blare out their obscene joy”… “behind them, like a colored backdrop, the ram,/caught in the thicket before the slaughter,/the thicket his last friend.”

Amichai challenges us to understand the story of Abraham and Isaac through the lens of a bystander, the ram that was just minding its own business and was thrust into such a pivotal role in the story. When the Holy One pointed Abraham’s attention to the ram, caught in a thicket by its horns, the ram was put in the position to move from bystander to upstander, to save the boy’s life through its own sacrifice. So, Amichai calls the ram the hero, deflating Abraham’s position in the story from most honored devoted believer in the One True God and elevating the ram as the one whose sacrifice should inspire us to consider our own actions when confronted with potential tragedy.

Just a few days ago, we were reminded of this potential for tragedy that the bystander affect can have, as woman was sexually assaulted on a train in Philadelphia while other passengers did not intervene. As recently as this morning reporting has come out that there were others who may have been in a place to intervene; but it remains unclear whether they knew what was happening any earlier than the transit officer who entered the car, saw the assault, and pulled the attacker off the victim.

But even if passengers did see the distressing events, they may have struggled to respond. Laura Palumbo, the communications director for the National Sexual Violence Resource Center, reflected that to be a witness and a bystander in such a horrific situation can be very difficult. “What we don’t know,” she said, “was if they were scared or if they were confused or if they were hoping someone else would take action, which is likely the case. It’s true that being an active bystander is often not easy, often not straightforward.”

“In a place where there is no humanity, strive to be a human being” (The text refers to anashim, which usually means “men” or “people,” but in the context of the message of the teaching, “humanity” better captures the essence).

That is what Amichai saw the ram do, to do what no person would and save the boy’s life.

That is what the victim on that SEPTA train in Philadelphia needed someone to do for her, and intervene on her behalf.

That is what each of us would want others to do for us.

And, that is what we should challenge ourselves to expect from ourselves should we ever find ourselves in that situation.

We can rise from bystander to upstander, to intervene instead of remain indifferent, just as we know our tradition calls upon us to do.