I have never been into comics, despite the significant cultural impact that they have had for generations. I’ll be honest and say while I understand how they can entertain and engage so many, I never really thought of them as sources of deep thought or reflections on the core principles of the human conditions. But when in 2002 I went with college friends to see the film Spider-Man, and for the first time heard Peter Parker, AKA Spider-Man, say those words, “With great power comes great responsibility,” I was struck by how simple, yet profound, they are. They almost sound like the belong in the canon of Jewish wisdom.

Perhaps it’s because the creator of Spider-Man, Stan Lee, was familiar with this week’s Torah portion, Vayishlach. Maybe he was at a bar mitzvah in December 1935 when it was read at an Upper West Side synagogue where he grew up as Stan Lieber. Maybe he was struck by the verse near the start of the portion, where Jacob is about to meet his brother Esau for the first time since stealing his birthright and running for his life, and “Jacob was greatly frightened; in his anxiety, he divided the people with him, and the flocks and herds and camels, into two camps, thinking, ‘If Esau comes to the one camp and attacks it, the other camp may yet escape.’” Maybe Stan was familiar with the midrash about this verse, that teaches:

“Rabbi Yehudah, son of Rabbi Ilai said: fear and anxiety are not the same. The fear was that he might kill someone else, and the anxiety was that he might be killed. Jacob said: If Esau overpowers me, he’ll kill me. And if I overpower him, I’ll kill him.”

And Jacob was afraid of both. Jacob was justified in fearing for his life and his livelihood; their mother Rebekah had told Jacob to flee in fear that Esau would kill him and she would lose both her sons in one day. But the Torah adds that Jacob was also fearful that he would kill Esau in their confrontation, something he didn’t have the power to do when they were younger.

Jacob’s experience of having the power to overwhelm Esau and the fear of using it was poignant at the time, but has resonated with us, his descendants, differently in different generations. For much of the last two thousand years, most Jews and Jewish communities found ourselves powerless, especially with respect to our neighbors and governing bodies with whom we strove to live alongside peacefully. Fear of persecution was a common concern, and our prayers were focused on, as the phrase in Fiddler on the Roof goes, keeping the czar far away from us.

That all changed with the founding of the State of Israel. All of the sudden we found ourselves in a position of power, in a position to defend ourselves against attacker and, should we feel compelled, go on the offensive. In the decades since Israel’s founding, there have been moments when the IDF and Israel’s political leaders had the wisdom of forbearance, not pressing their advantage towards an accomplishment whose achievement would have put us in greater danger down the road. I think, for example, of the victory in the Six Day War, how Moshe Dayan had to instruct Israeli soldiers to take down the Israeli flag from the top of the Dome of the Rock, and how he and the leadership chose not to take the fight east through Jordan all the way to Amman, which would have been an easy accomplishment.

Right now, many of us around the world are watching the machinations of the new government being forms with great apprehension. Personally, I am fearful that the far-right leaders who were elected are going to make decisions that will alienate, ostracize, and incite a variety of groups of people, including non-Orthodox Jews, minority groups, Arab citizens of Israel, and those around the world upon whose support Israel relies for her safety and security.

My prayer this Shabbat is those leaders, who are committed to their Judaism and knowledge of Torah, might be inspired by the midrash of Jacob before he confronted Esau, and ask themselves what they should be fearful of as they press the advantages they earned in the recent election.

For me, and I invite you to join me, I have to figure out how to handle my anxiety of what might come should the laws and practices in Israel that I have grown to rely on change. I’m concerned about freedom to pray at the Western Wall, as I did so joyously this past summer at the Egalitarian Plaza. I’m worried that the rules around who can make Aliyah will change, especially for the many folks in our community who are Jews by choice. And I’m concerned that the delicate balance of Israel as a Jewish and democratic state might be upset, perhaps irreparably.

In the portion, Jacob overcomes his fear and anxiety, finds a third way between making or receiving war, and ends up with a peaceful resolution with his Esau. Let us be inspired by him whenever we find ourselves in a fight or flight situation, especially when we know that we have the power to harm to others. Let us use our powers – all of them – for the right and the good, and in the pursuit of peace. 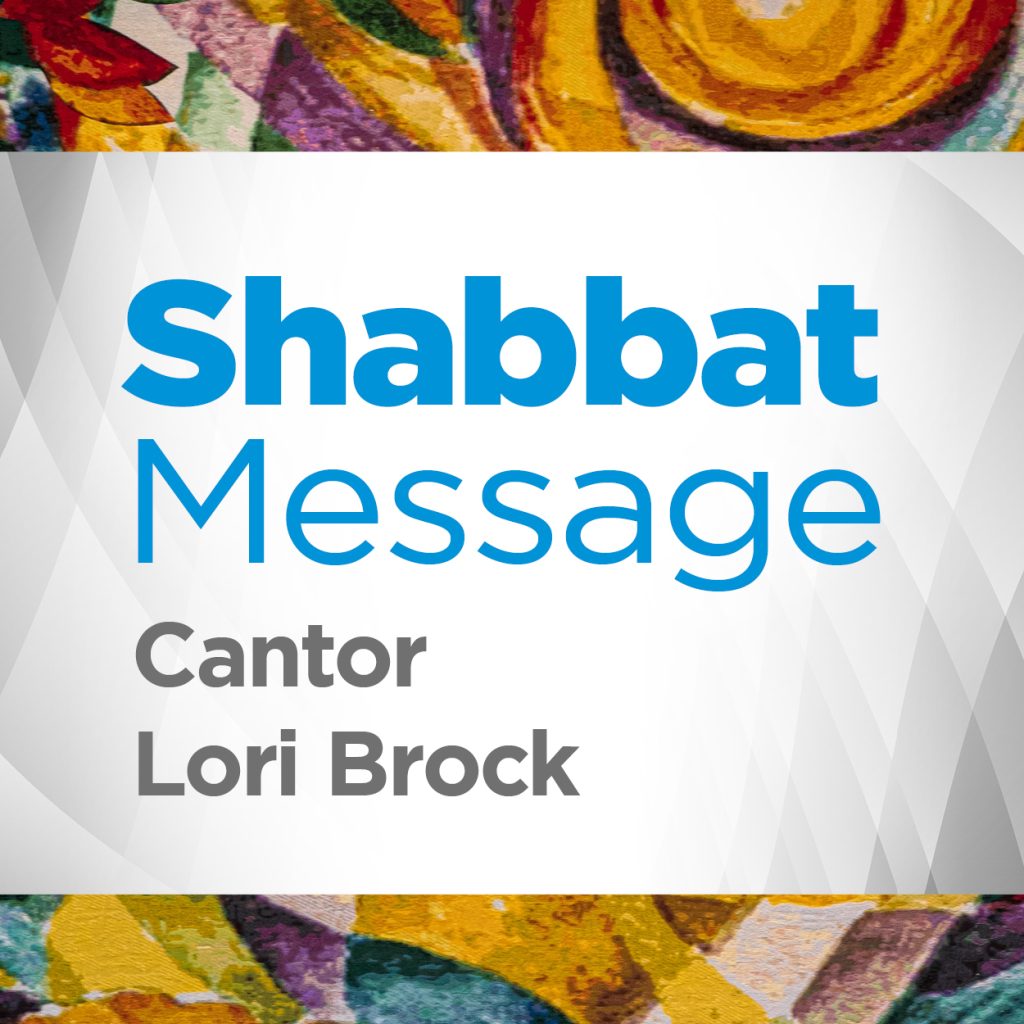