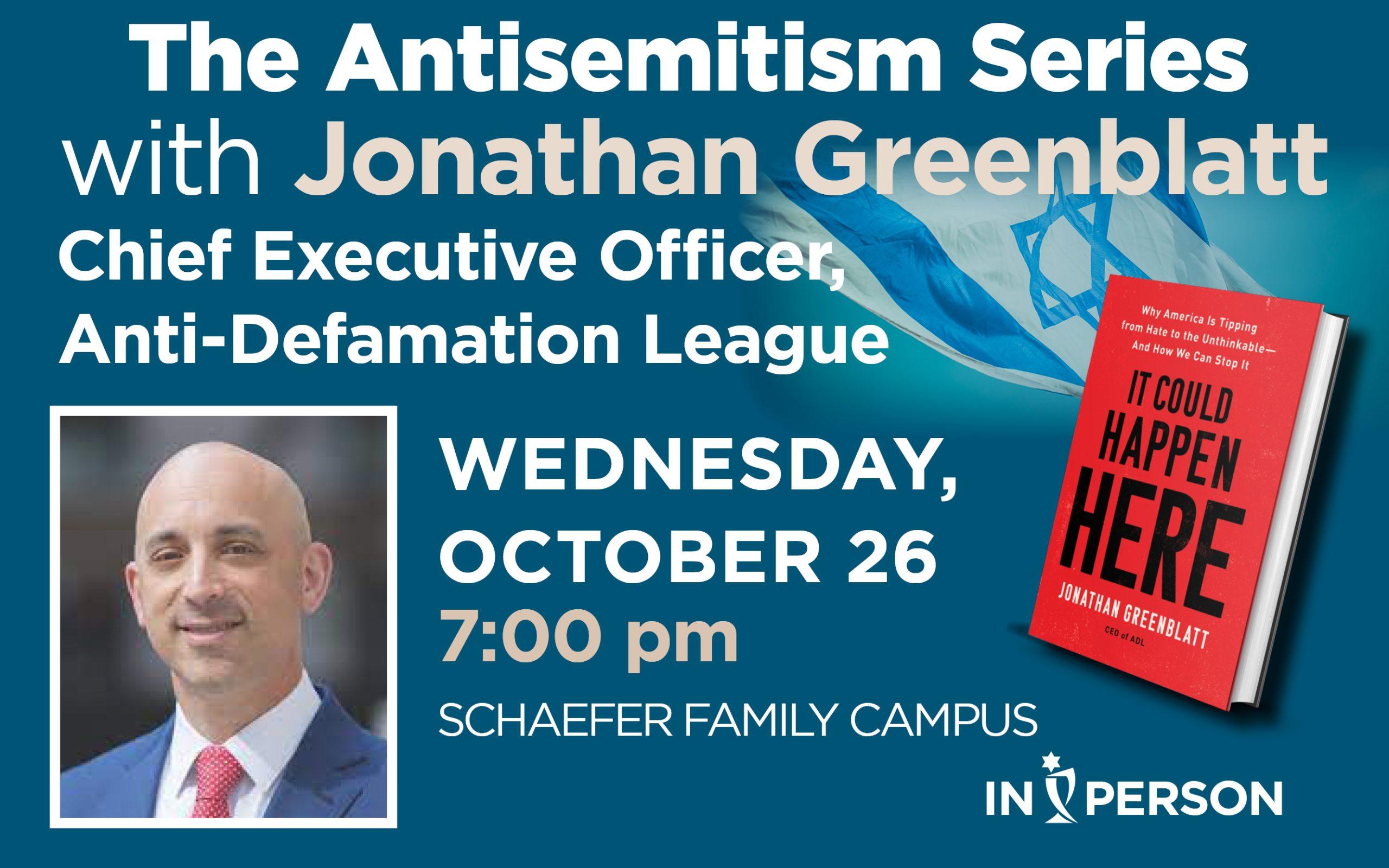 For the second event in our Antisemitism Series, we welcome Jonathan Greenblatt, CEO of the Anti-Defamation League. In his book, “It Could Happen Here,” Greenblatt sounds the alarm that antisemitism is gathering momentum in the United States, and that confrontation on a more catastrophic scale could be just around the corner.

Jonathan Greenblatt is CEO of ADL (the Anti-Defamation League), the world’s leading anti-hate organization with a distinguished record of fighting antisemitism and advocating for just and fair treatment to all. Jonathan joined ADL in 2015 after serving in the White House as director of the Office of Social Innovation and Civic Participation. Before that, he cofounded Ethos Brands, the company that launched Ethos Water, founded All for Good and served as a senior executive at realtor.com

This event is part of Temple Beth El’s Antisemitism Series: The Jewish World’s Biggest Names on the Problem the World Has with Jews.

The Antisemitism Series is part of Project Nuremberg, underwritten by Jay and Marilyn Weinberg to provide Holocaust, Law and Ethics programming.