Open to All Temple Members and Invited Guests!

Join us for our first Entrepreneur’s Panel, which will include stories from several successful major entrepreneurs from our community, a Q&A, and a Meet and Greet, with refreshments following the program.

We will be celebrating and learning from the accomplishments of 4 entrepreneurs who have created and grown enterprises that have solved real problems and made the world a better place.

Ben Spoont is the CEO and co-founder of Misfits Gaming Group, a global esports and entertainment company that competes in some of the most successful video game titles worldwide and are permanent partners in three franchised esports leagues: Riot Games’ League of Legends European Championship (Misfits Gaming), Activision-Blizzard’s Overwatch League (Florida Mayhem), and Activision-Blizzard’s Call of Duty League (Florida Mutineers). In addition to other games including Rocket League and most recently Minecraft.

Ben Waldshan founded Data Warehouse in 1997 and became the leading prospect data provider within the mortgage and home equity industry.  In 2006, Data Warehouse was acquired by TRANZACT. Ben became President of Tranzact Information Services and, with a talented team, grew the business both organically and through acquisitions.  In late 2011, Ben with his leadership team led a successful spin-off of Tranzact Information Services in partnership with Halyard Capital.   In February 2012, Tranzact Information Services was rebranded as Datamyx, and four years later, Datamyx was acquired by Deluxe Corporation (NYSE: DLX) in October 2015.  Ben was Vice President of Marketing Solutions at Deluxe for two years building one of the fastest growing business units at Deluxe.

Prior to founding Data Warehouse, Ben held the position of Vice President of Direct Marketing for Rock Financial, now RocketLoans (fka QuickenLoans). While at Rock Financial, Waldshan was instrumental in creating and developing a proprietary in-house database, which allowed for a new level of sales and marketing analysis, as well as a centralized lead generation platform that fueled the inside mortgage banking teams. In addition, during his tenure at Rock Financial, Waldshan was instrumental in the development and success of “Rock Direct” an innovative method, in which telesales professionals solicited mortgage transactions by phone and mail. This division accounted for 20 percent of Rocks’ total volume in its first year of operation.

Currently, Ben invests and advises early stage and growth stage businesses and is on the boards of TI Health, attane (fka GlynnDevins), and Revcontent. Ben graduated from Wayne State University with a B.A. in Business and Finance.

Jeff Rubin is the CEO and founder of popular candy store IT’SUGAR. When Jeff founded IT’SUGAR in 2006, he says he wanted to establish a brand that was bold and unapologetic. Known for its oversized candy, numerous celebrity-driven brands and confectionery-themed innovations, IT’SUGAR is now said to be the largest and fastest-growing specialty candy retailer in the world with 100 stores.

After earning a BA in Economics from the University of Michigan and a MBA from the University of Miami, Jeff joined his father and brothers at the family’s retail candy store, Mr. Bulky Treats & Gifts, in 1990. In 1995, he approached FAO Schwarz Toy Stores with a shop-in-shop candy concept and FAO Schweetz was launched. The shop quickly became one of the most popular departments in the store, and the concept grew to more than 30 locations around the country. For his achievements with FAO Schweetz, Jeff was presented with the 1996 Professional Candy Buyer of the Year Award from Professional Candy Buyer magazine.

In 2017, Jeff sold IT’SUGAR to BBX Capital Corp. but remains as CEO and continues to manage the company. 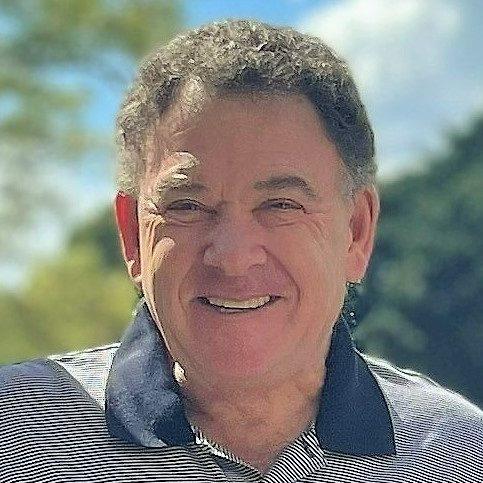 Dr. Robert Colton, along with his spouse Andrea Colton M.D., is the founder of Clearlyderm, a multi-location easy access dermatology business. He practiced Internal Medicine and Nephrology in Boca Raton beginning in 1984 and retired from clinical practice in 2011.

Colton was also the Chief of Medicine at Boca Raton Community Hospital from 1991 to 1993. He was chosen as one of the Best Doctors in America by Castle Connolly for many years until his retirement.

Colton also conceptualized and then co-founded MDVIP, the largest concierge medicine company in the United States. MDVIP was sold to Procter and Gamble in 2009 and subsequently sold to Summit Capital Partners and then Leonard Green and Partners and most recently Goldman Sachs.

Jennifer Walzer Berkowitz, Managing Director of R&J Advisory Group, Inc. has an extensive background in technology and business strategy consulting.   Prior to founding R&J Advisory Group, Jennifer started BUMI (Backup My Info!, Inc) in 2003, a premium white glove online backup and recovery business for the financial industry and built it into an multimillion dollar debt-free and very profitable business in New York City.  Jennifer has been invited to speak on various topics such as disaster recovery and data security at major conferences across the country, and has been featured in numerous national publications such as The Wall Street Journal, New York Times, Daily News, Money Magazine, New York Enterprise Report and Crain’s New York Business.  She also blogged in her own weekly column for the New York Times called “A CEOs Journey” in the Small Business online section. She successfully sold BUMI to J2 Global (NASDAQ: JCOM) which enabled her to financially retire in August 2014.

Jennifer is a 2011 graduate of The Entrepreneurial Master’s Program (EMP), an executive educational program jointly hosted by the MIT Enterprise Forum and Entrepreneurs’ Organization (EO). She graduated with honors from The University of Arizona with a B.S. in Management Information Systems in 1995.