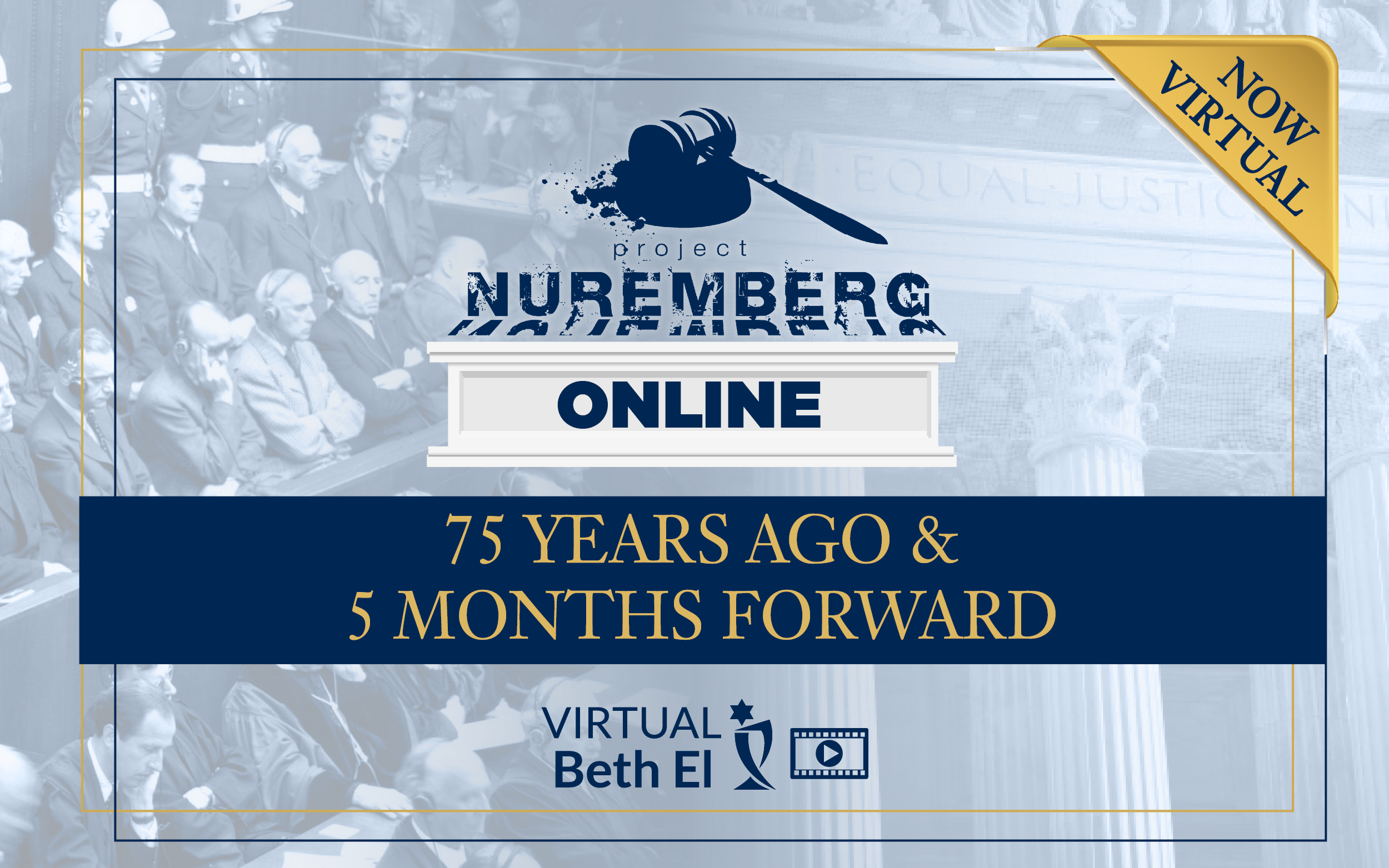 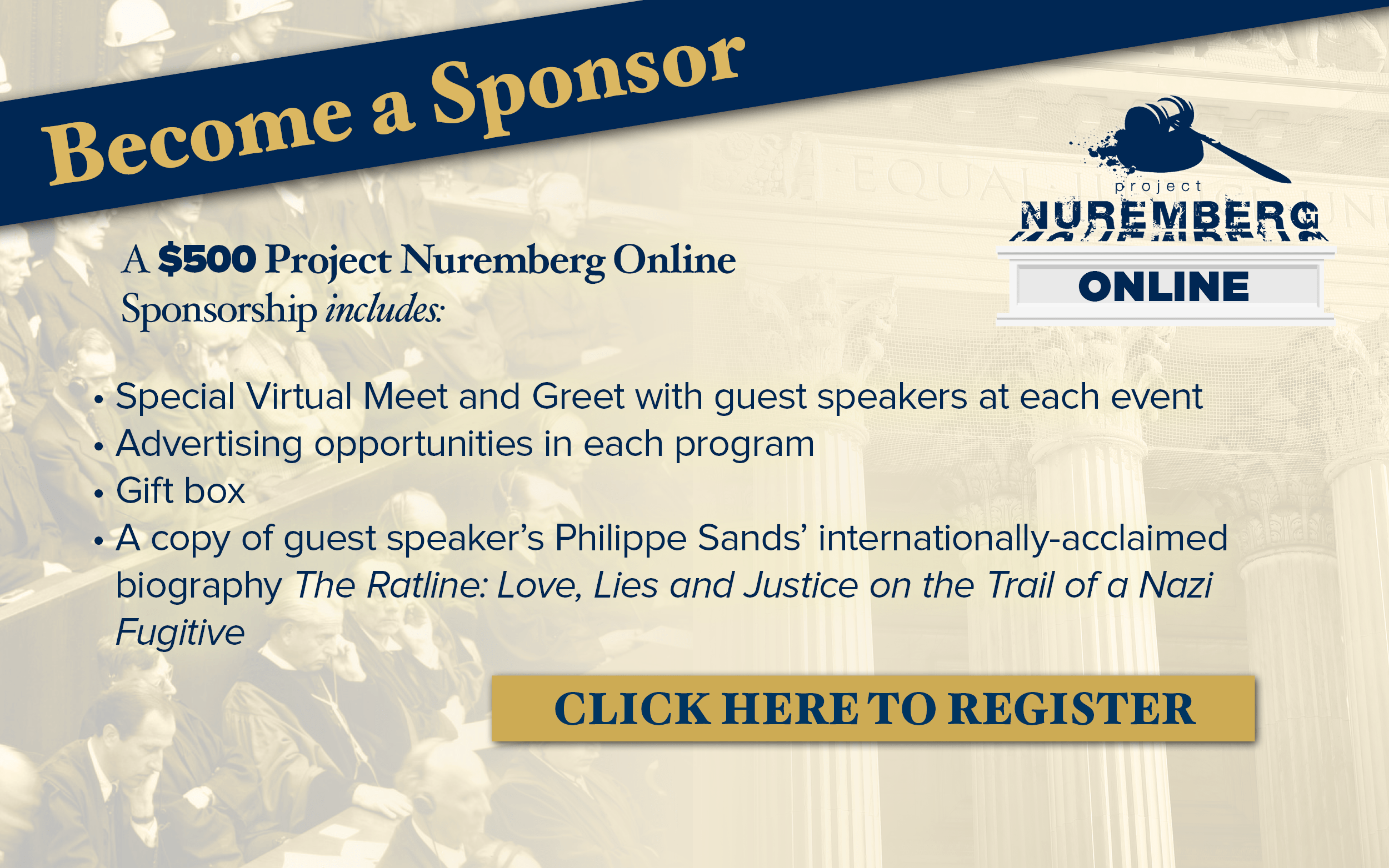 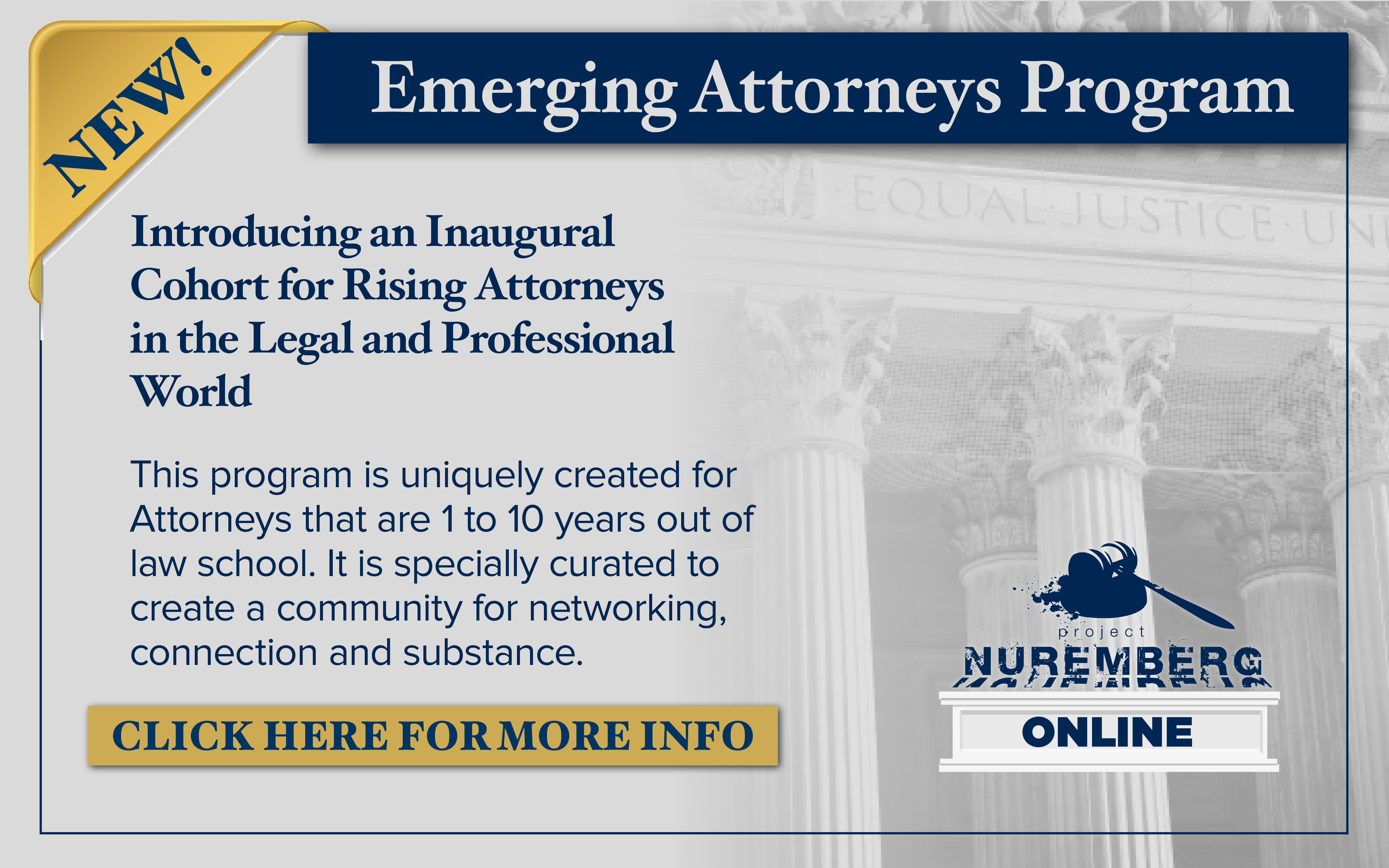 Five months of virtual programming providing incredible opportunities for attorneys, judges, civil rights & social justice leaders and the community-at-large to learn from the legacy of the Nuremberg Trials and how those lessons are still relevant today.

Philippe Sands will discuss how the Holocaust and the Nuremberg Trials laid the foundation for our modern concepts of genocide, war crimes, human rights, and international justice; 21st century challenges facing a world in conflict; and how legal practice and scholarship continue to effect profound change.

Tickets are $36 each, and include a copy of Philippe Sands’ book The Ratline: The Exalted Life and Mysterious Death of a Nazi Fugitive. 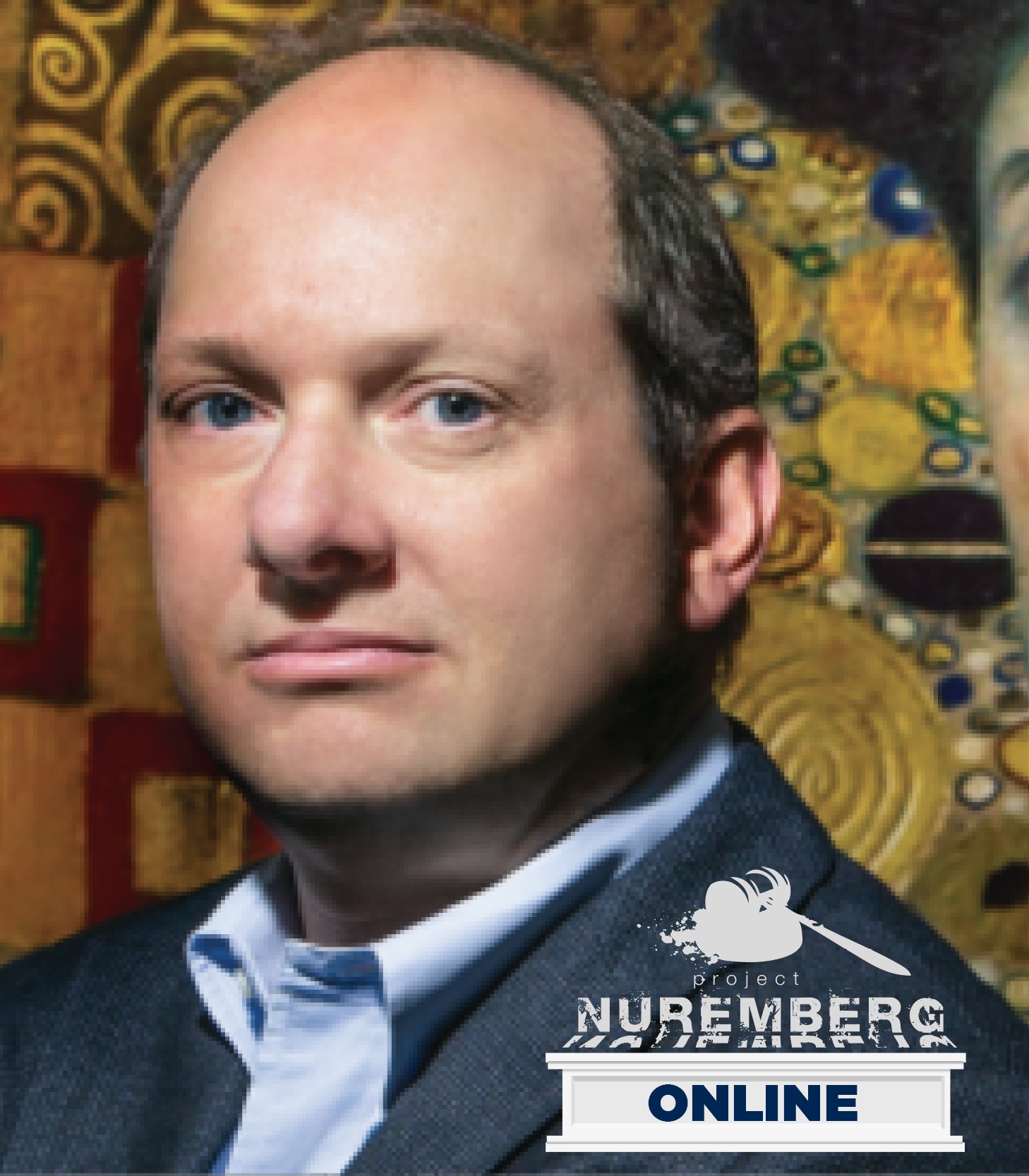 Join Project Nuremberg Online for an informative and engaging program featuring E. Randol Schoenberg, who represented Maria Altmann for the return of her family’s Klimt painting, and was portrayed in the movie “Woman of Gold.” E. Randol Schoenberg will be in conversation with Rabbi Jessica Spitalnic Mates.

E. Randol Schoenberg, an attorney and law professor in California, is world famous for his case for a family friend, Maria Altmann, who was trying to recover five prized paintings by Gustav Klimt that Nazi authorities in Austria had stolen in 1938 from Altmann’s family.

In the movie about this case, “Woman in Gold”, Schoenberg is played by Ryan Reynolds.  E. Randol Schoenberg is co-founding partner of Burris, Schoenberg & Walden, LLP, where he handled a number of complex business litigation matters, specializing in cases involving looted art and the recovery of property stolen by the Nazi authorities during the Holocaust.

"This unique program is an enduring testament to the good that lawyers and judges can do."
Rabbi Jessica Spitalnic Mates
Project Nuremberg Founder
Play Video

Project Nuremberg brings high-profile speakers to our community to show that law is what brought order to a post-Holocaust, post-WWII world. Each year, hundreds of attorneys gather at Temple Beth El for our annual Lawyers Luncheons, which showcase these speakers and allow them to share their unique experiences with the law. Past speakers have included Ben Ferencz, Avner Avraham, Senator Christopher Dodd, Alan Dershowitz, Florida Supreme Court Justice Robert Luck, Eli M. Rosenbaum, and many more distinguished guests.

For over a decade, we have focused on the legacy of the Nuremberg Trials after Rabbi Jessica Spitalnic Mates rescued a record of the trials that was almost thrown away: the Blue Series. These documents are traced back to Justice Robert Jackson, and are currently housed at Lynn University. They are an enduring testament to the good that lawyers and judges can do.

October 2021 will mark exactly 75 years since the end of the Nuremberg Trials, the Trials of the Nazis after WWII.  We hope that you will join us for 5 months of Project Nuremberg as we move the program online, providing incredible opportunities for all to learn from the Nuremberg Trials’ legacy.

Become a Sponsor of Project Nuremberg Online!
A $500 Sponsorship Includes:

Made for attorneys 1 to 10 years out of law school, this specially curated program is to create community for rising attorneys in the legal and professional world.   The group will be chaired by Josh Marcus and sessions moderated by Mark Pelavin.

It would be an honor to have you as part of this inaugural cohort. If interested, please email Rabbi Jessica Spitalnic Mates or call 561-414-1005. Space is limited. CLEs will be applied.

Emerging Attorneys is sponsored by the family of Mel Weiss z”l in memory of him and his work in restoring reparations to Holocaust survivors.